Is the reign of the Stan Smith really, truly over? One look at Gigi Hadid’s sneakers may confirm so. The model stepped out in Paris rocking a pair of sleek, cushy trainers, and upon closer inspection, we realized they were a pair of Reeboks. Gigi even took to her Snapchat to give a shout-out to the brand, spotlighting their partnership for the #PerfectNever movement, which encourages women to embrace their inner strength and determination.

Although we instantly had flashbacks to our childhood Reeboks, the way Gigi wears hers is current and fresh. She paired the sneakers with ripped denim, a white tee, and a light, embellished jacket for her signature athleisure look. If we had to guess, Reebok sneakers will be the It shoe every blogger and model will be sporting this Fall. Scroll on to get ahead of the game by investing in a pair of your own — including the ones Gigi’s wearing.

Gigi Hadid Is the Newest Face of Reebok’s #PerfectNever Movement 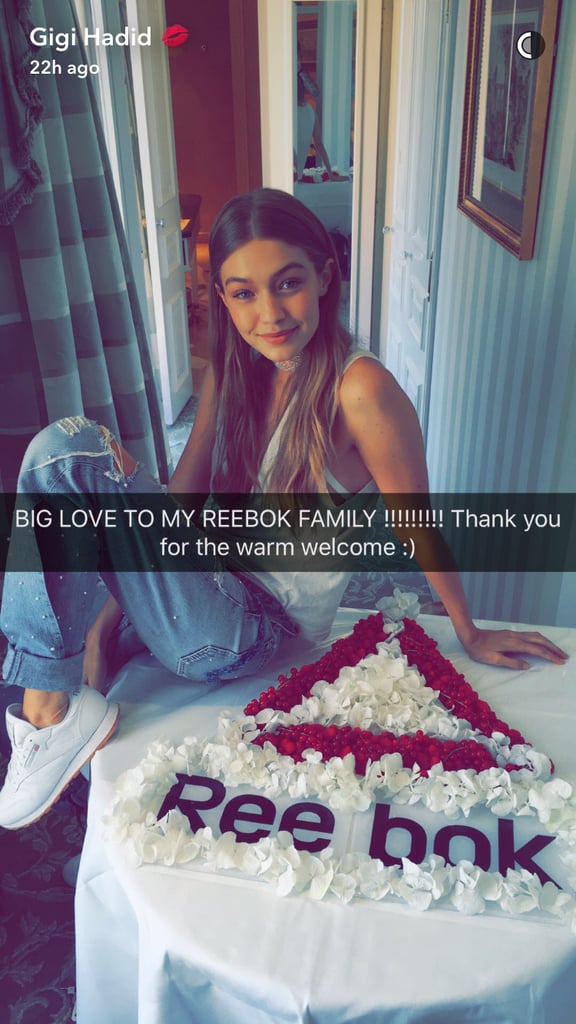 She’s Already Rocking the Shoes With Her Signature, Athleisure Style

Gigi Kept the Look Casual, but Cool With a Pair of Ripped Denim and a Cream-Colored Jacket

Next Up and Coming Trend – the Extra Long Sleeves