Ikseon-Dong, the Most Instagrammable Neighbourhood in Seoul

One of the oldest neighbourhoods in Seoul, it wasn’t until recently that Ikseon-dong was cast into the spotlight again as a myriad of exciting shops, cafes and restaurants gave this nearly forgotten enclave a new lease of life. To say that it is the hippest, most Instagrammable neighbourhood in Seoul at the moment would probably be an understatement.

Taking a photo outside Madang Flower Cafe at Ikseon-Dong.

Photo worthy spots are aplenty at Ikseondong, where quaint cafes, restaurants and retail shops housed in traditional hanoks line the street. Every shop has a unique character of its own and every nook and cranny is made for the gram, so get your cameras clicking! This place is a dream come true for photography and OOTD enthusiasts.

One of the most photographed spots is Madang Flower Cafe. It is hard to miss the colourful umbrellas and flourishing flowers adorning the exterior, which perfectly complement the intricate ornaments on sale. Did you know that Madang Flower Cafe was also featured in one of the scenes in popular Korean drama Goblin? It certainly hasn’t lost its appeal.

Fans of K-drama Hotel Del Luna, listen up! Hotel Seine Cafe is a cafe that doubled up as a filming location for the drama. The baroque decor reminiscent of many scenes in Hotel Del Luna makes this the best spot to relive those romantic moments with CEO Jang Man Wol and General Manager Goo Chan Sung. And if you’re up for it, pop by Ikseon Boutique to rent some vintage clothes for a photoshoot! 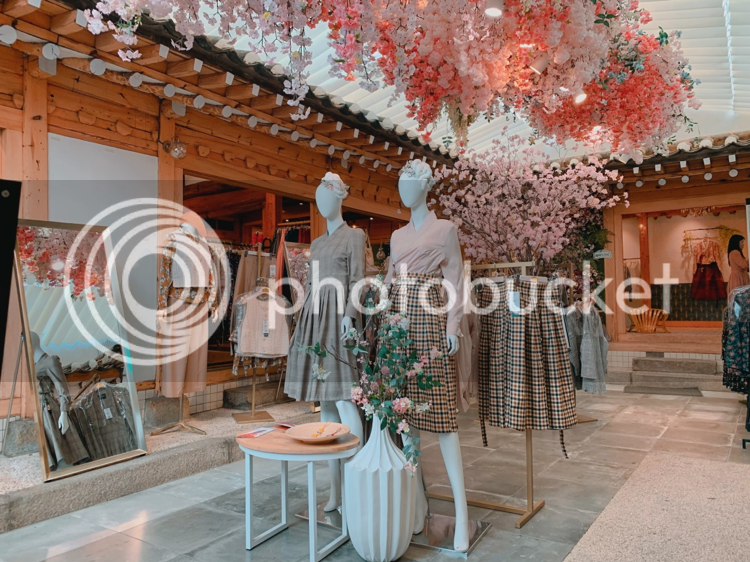 Interested in taking home a slice of Korean tradition that is wearable and versatile? You have to check out the exquisite modern hanbok designs at Teterot Salon. Not only are their modernised hanbok tops instant conversation starters, they can be dressed up or down for both work and play. What makes Ikseondong even more interesting is the lack of maps. Go on, spend a leisurely afternoon exploring and getting lost in this charming neighbourhood. You’ll be sure to stumble upon some hidden gems! How to get to Ikseondong?

Take the subway to Jongno-3-ga station, walk out via exit 4 and cross the road.