Restoring My Mum’s Youth with Profhilo at The Clifford Clinic

Ageing gracefully is a mantra my mum abides by. She’s currently in her 60s, and while I have to agree she looks younger than her age, gravity has inevitably taken its toll.

Most of you are probably familiar with the use of fillers to plump up your skin, but did you know that there’s a new treatment called Profhilo that acts via a new process, the actual bio-modelling of collagen and elastin structures in the skin, to restore your youth? When I first heard about Profhilo treatment from my most trusted celebrity doctor, Dr Gerard Ee from The Clifford Clinic, I knew my mum would be excited to try it. 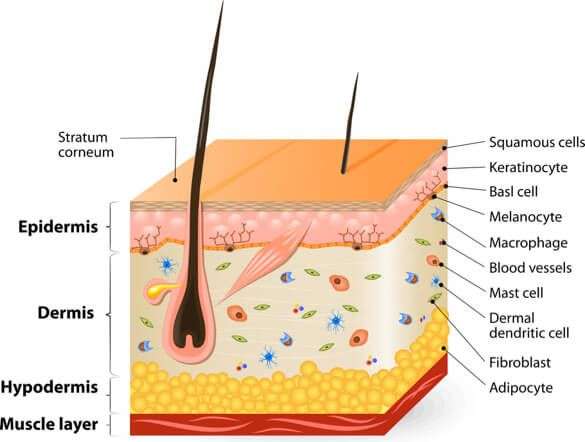 Profhilo is a 100% pure Hyaluronic Acid based, chemical stabilizer-free product used for the treatment of ageing and sagging skin. Our skin is made up of three layers, namely the epidermis, dermis and hypodermis. Collagen and elastin, also known as the support structures, are found in our dermis. Collagen and elastin production slow down as we age, and so does the level of hyaluronic acid in our skin. That’s where Profhilo comes in to save the day. The absence of additives in Prohilo also significantly minimises the risks of complications and side effects.

How is Profhilo different from dermal fillers?

That was the first question that crossed my mind, and it turned out that Profhilo is neither considered dermal fillers, nor skin boosters, because it has the combined effects of both. 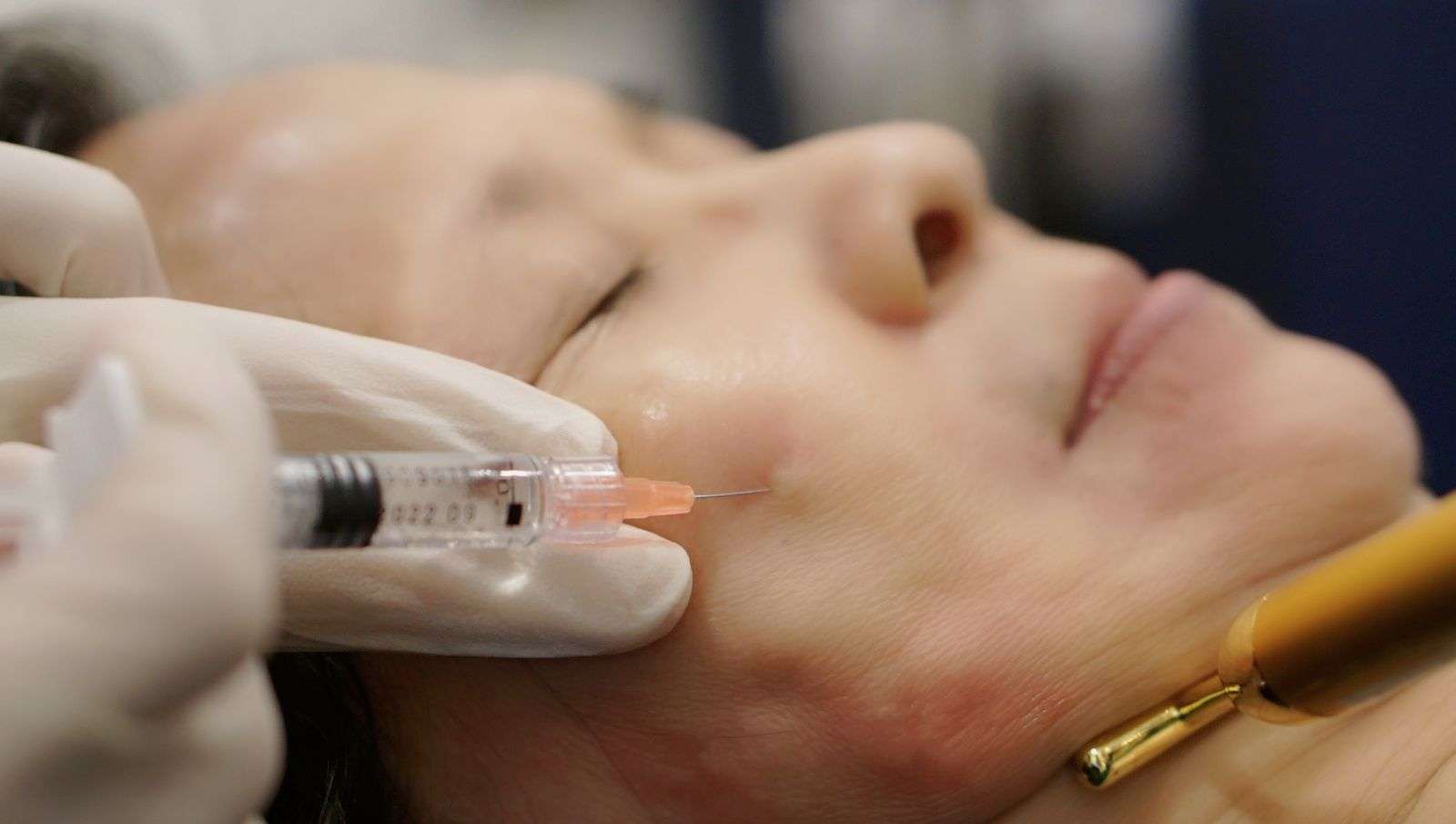 Although most dermal fillers in the market are made from bio-compatible hyaluronic acid, it is usually less than 100% and may also contain other ingredients that do not have hydrating properties. As Profhilo is made from 100% hyaluronic acid, it is able to deeply hydrate and plump up your skin to achieve a dewy, radiant and youthful appearance. Dermal fillers, on the other hand, are generally administered in specific areas to sculpt the facial structure and boost volume. The recommended age for Profhilo is 40-50 years of age but some patients from the age of 30 have benefitted from it as well.

How does Profhilo achieve biomodelling of the skin?

The high concentration of HA in Profhilo stimulates the fibroblast cells to enhance natural collagen and elastin production in the dermis. The HA complexes provide structure to your skin via a volumetric effect to prevent sagging. It also boosts hydration levels and thus maintains your skin’s elasticity. 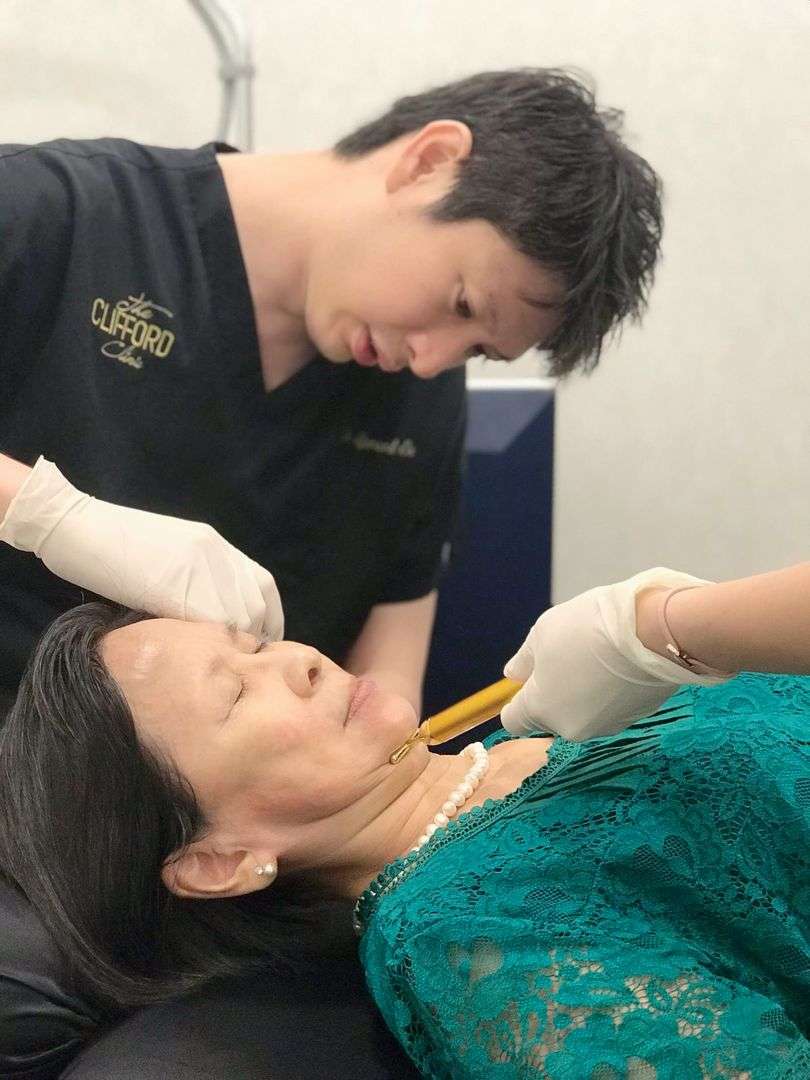 Numbing cream was first applied to 10 key points, also known as Bio Aesthetic Points, of my mum’s face. By administering Profhilo to just 10 key points of the face, the risks related to blood vessels and nerves, which are usually associated with traditional fillers, are hugely minimized. As always, Dr Gerard Ee worked his magic with such swiftness and precision that the procedure was over in a jiffy. My mum experienced some discomfort as this was her virgin aesthetics treatment, but she soon became impervious to it thanks to Dr Ee’s reassuring demeanour. 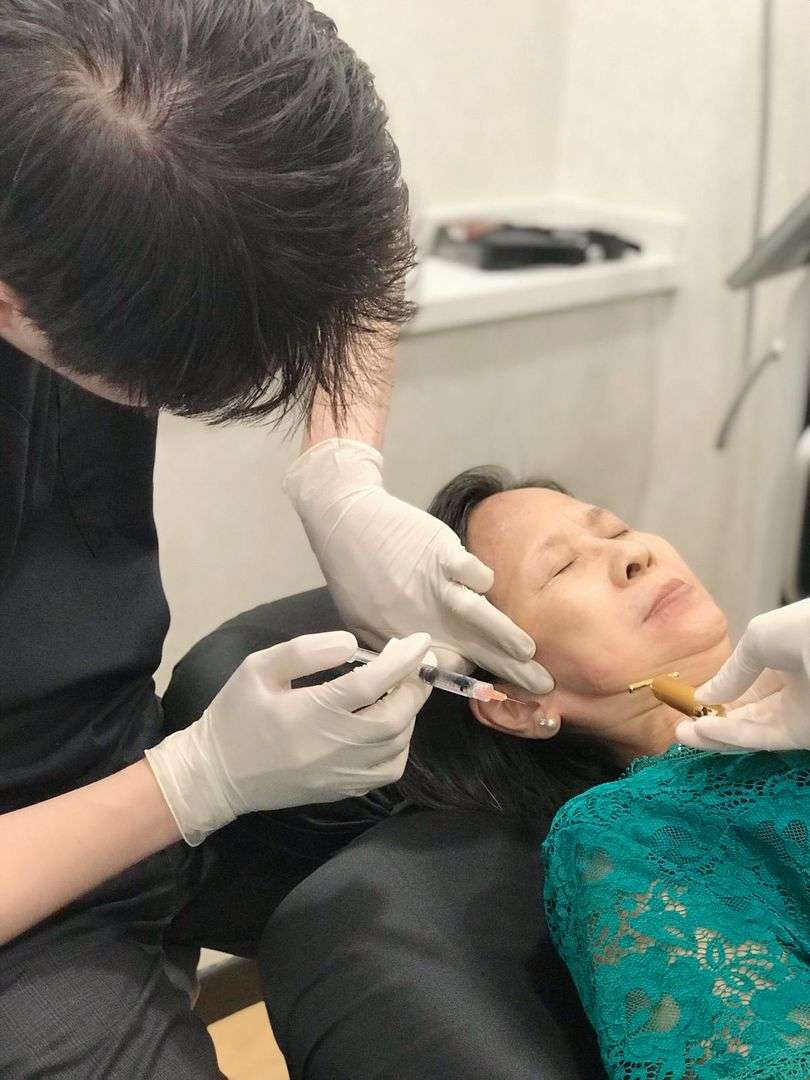 What is even more amazing is that the treatment has absolutely no downtime. My mum went shopping right after and no one could tell she had anything done. The full results can be seen in a month’s time as Profhilo gradually distributes itself across the different skin layers to restore elasticity and improve hydration for a more youthful-looking appearance. Although results are more evident after 1 month, I could tell that my mum’s face had taken on a glow and appeared fuller just one week after the procedure.

Here is a before and after comparison for your reference:

Before – taken on the day of the procedure (none of us had makeup on by the way): 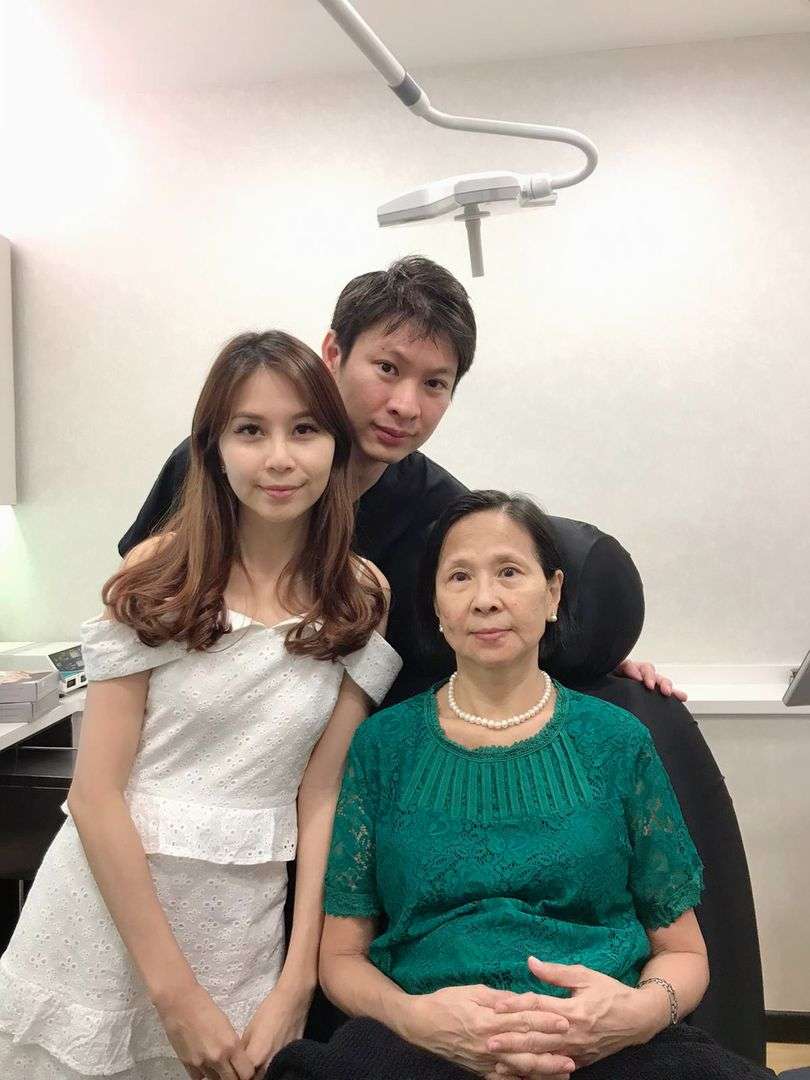 After – taken one week after the procedure, on the first day of Chinese New Year: 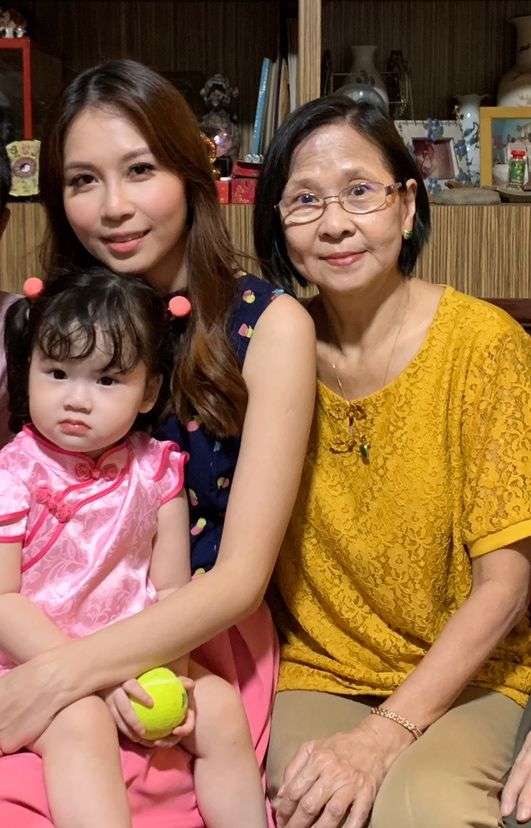 6th March 2020, approximately one month after the treatment. Here’s my mum’s before and after comparison photo. Doesn’t she look at least 5 years younger now? 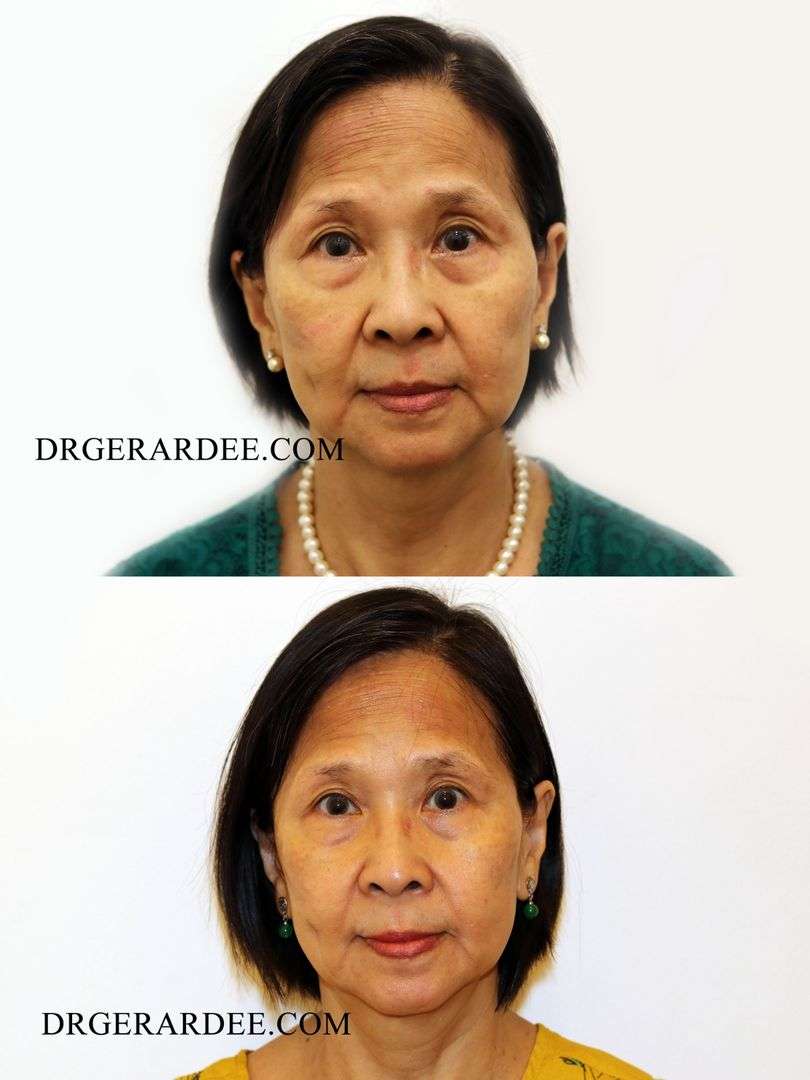 Book an appointment with Dr. Gerard Ee to check your suitability for the Profhilo treatment. You can rest assure that you are in good hands with the professional medical team at The Clifford Clinic. 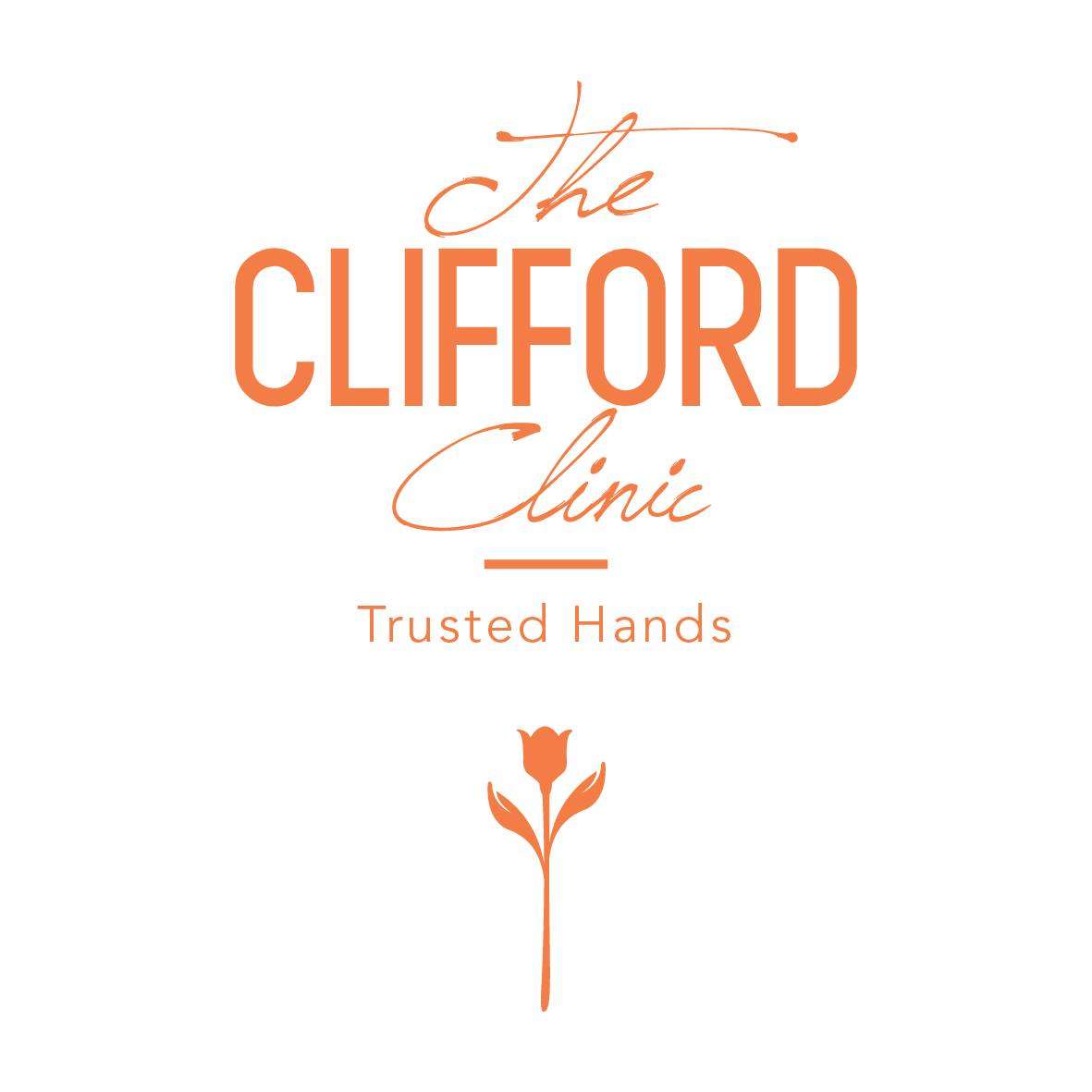 Mon to Fri: 10am to 8pm
Sat: 10 am to 5pm
Sun: Closed
Closed on Sundays and Public HolidaysWebsite: https://cliffordclinic.com

Celebrities’ Styles That We Love