ASTRO’s Cha Eun Woo’s stunning visuals earned him his nickname “Face Genius” and he has been getting lots of love from fans of all ages since he debuted.

Cha Eun Woo has recently confirmed that he will be playing Lee Soo Ha in the new Korean drama inspired by a webtoon “True Beauty”. The news  generated lots of interest because of how similar Cha Eun Woo looked  to the webtoon character, and of course, because of Cha Eun Woo’s massive fan base. 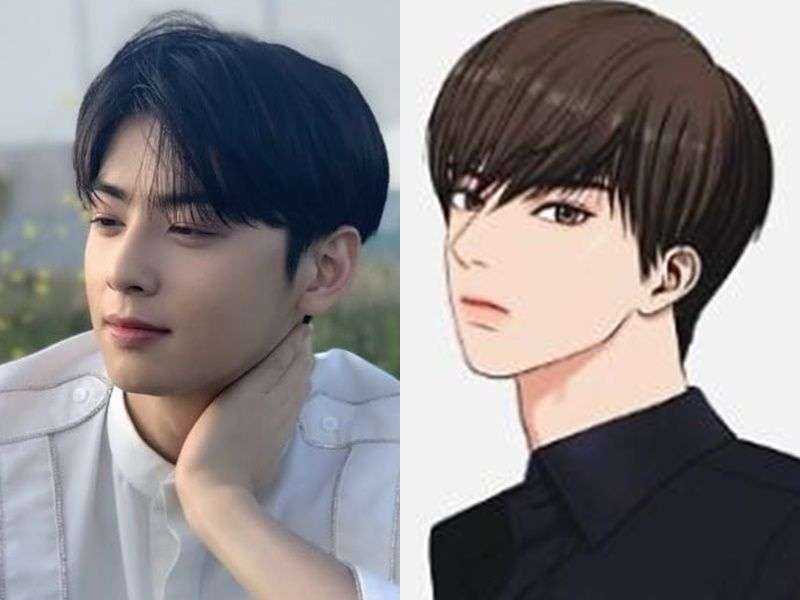 The production team behind “True Beauty” sent in a request to a high school in Korea to use it as a filming site, and it seems like the news got out and the school has since put up a hilarious notice on its notice board. 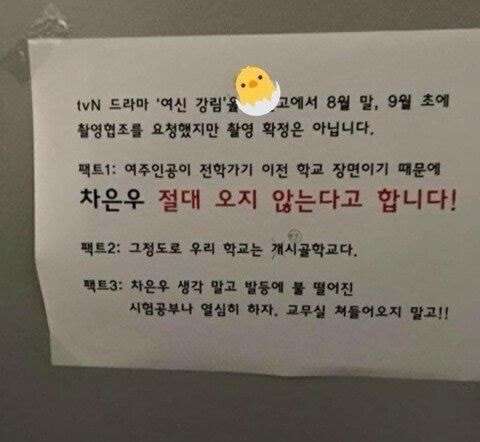 The notice reads: “tvN’s production team for “True Beauty'” did contact us inquiring about filming at our high school but it has not been confirmed yet.
Fact 1: They will be filming the scene before the girl main character moved, so Cha Eun Woo will never come here!
Fact 2: This means our school is located in the far countryside.
Fact 3: Let’s stop thinking about Cha Eun Woo and study for the exams that are coming up soon. Stop coming to the principal’s office!!”
(Translation from allkpop)

The students must have gotten very excited about meeting Cha Eun Woo and we could almost feel the exasperation from the school’s management, or the teacher who put up the hilarious notice.

Cha Eun Woo is cast as Lee Soo Ha and will be acting alongside female lead Moon Ga Young, who is taking up the role of Im Joo Kyung. Im Joo Kyung is a girl is afraid to let others see how she looks like without makeup, and Lee Soo Ha is a handsome but shy all-rounder in school, who happens to know how Im Joo Kyung really looks like. Meanwhile, let’s all wait patiently for this drama to premiere!

Mos Burger Is Back With the Popular Fish Marinade Burger

Mos Burger Is Back With the Popular Fish Marinade Burger