The top five beauty looks of NYFW - we take a look at the biggest beauty trends to come out of New York Fashion Week 2012.

It's all about big hair

You'll have noticed the hair on the catwalk this season, whether it was seen poking out of hats and scarves or displayed in all its glory. Two major trends emerged. It was all about big Bardot style hair or the low ponytail. At the Mara Hoffman and Chriz Benz shows, TIGI's head stylist Nick Irwin created the styles, full of volume. His secret weapon: dry shampoo. "I used the dry shampoo and then blasted the hair with a hairdryer, so that the hair becomes a different fabric almost to play with. With Chris Benz's show I even played around with wigs, using a full can of dry shampoo, pinning the hair into a deconstructed beehive shape, a little bit Bardot with a high crown and a slightly swept fringe, then setting it overnight," says Irwin. 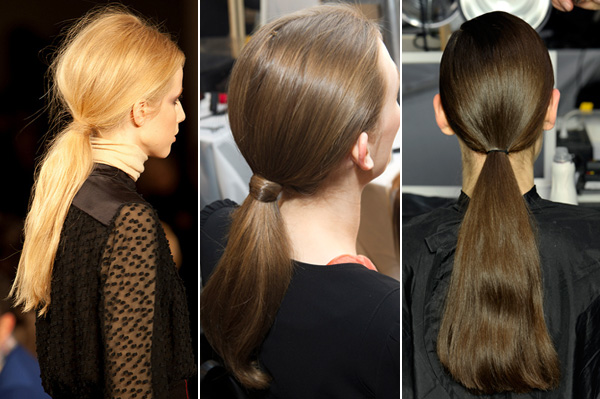 Spotted on the runway of Philip Lim, BCBG Maxazria, Calvin Klein and Michael Kors to name but a few, the low ponytail with side-partied hair was a major look this season. To create the look at home, says Irwin: "Take the hair from the front and massage it into a low ponytail in the back. For a slick ponytail use a good shine spray or even a wax, it's all about the preparation of the ponytail, prepare the texture first and makes it easier if you have to put a pin in. Preparing the texture will give the pin something to hold on to," he adds.

The rise of the healthy nail

Despite the anecdote that pain is beauty and beauty is pain, this season it was all about a move towards healthy products that look great but are good for you. Free from formaldehyde, Zoya nails and the nail brand Butter London promoted eco-friendly nail polishes which showcased at Joseph Altuzzera and Erin Fetherson this season. And what colour will we be wearing this A/W? According to Sheril Bailey, a manicurist who started out working for Irvine Penn and has been doing nails for more than 25 years, "anything goes".

"Years ago, you used to hear people say: 'That shade can't be worn in winter, or in the summertime. But now designers are requesting a full rainbow of colours regardless of the time of year and even mix matching the colours on the runway, anything goes, which is great fun for us'," adds Bailey.

Neutral with a hint of blush 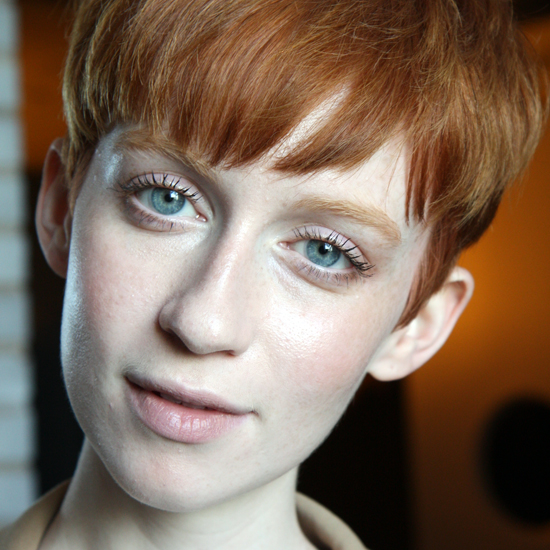 For Mac cosmetics it was a busy season as always, creating the looks for designers from Richard Chai to Diane von Fustenberg to Jeremy Scott and Alexander Wang. This season, a major trend was for the 'neutral' style, creating a fresh and pure look, using products from the classic nude fall trend lip palette used on the eyes and lips. However, those seeking a pop of colour were not disappointed, thanks to the iridescent blue lipstick that was spotted at Jeremy Scott [Mac pro blue and cyan lipmax] or the MAC red lipstick and fuschia mac pro lipmax used at Erickson Beamon to recreate the Vampy 1920s flapper style the designer wanted. Shaping the face was a big theme this year with a huge focus on the eyebrows. MAC created 'Samurai eyebrows' for designer Kimberly Ortiz, which attracted a lot of attention on the runway. While at Jeremy Scott, the designer who is best know for his whimiscal show-stopping designs, Mac cosmetics framed the brows with facial jewellery to bring his ravers-of-the-21st-century inspiration to life.