We often hear about men dating women a lot younger than they are. I was in that boat myself for most of my dating life and first marriage which failed. I’m not saying it’s better one way or the other. But it’s just less common, and even frowned upon to have an older woman and younger guy coupling. I suppose it’s deemed as less attractive, more problematic? 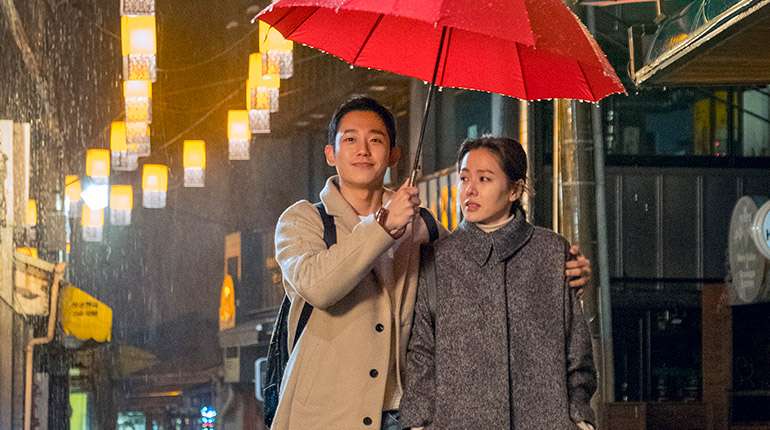 Credit: JTBC/Netflix (Something in the Rain)

But in our modern-day context, we do see such pairings on the rise and working out well. There’s Jason Momoa and Lisa Bonet. Hugh Jackman and Debora Lee-Furness. Julianne Moore and Bart Freundlich. And then there’s me, with my 7 years younger husband, lol.

So, having had a couple years of experience now (in what previously was very uncharted territory for me), I’m going to dispel the myths that make the older woman-younger man pairing unattractive.

Many people believe that the power dynamics in a May December relationship where the woman is older than the guy, is one where the woman holds the power and the guy is just some smitten boy toy. I can assure you that this is a myth. I could never be attracted to a Beta male. Older women know what they’re looking for.

The belief that a younger man will have too high a sex drive for the older woman to keep up with, is a myth. You can be the exact same age, and your libidos might not align. I know older and younger men and women all of varying sexual appetites. Sexual compatibility varies from individual to individual, regardless of age. Even within each relationship there will be times where libidos don’t align because of stress or other issues. It’s not an age thing.

Yes when a man is with an older woman and they want children, there’s a clock to watch. That’s why my husband and I started trying for a baby so early in our relationship, I was under the misconception that it would take longer to get pregnant since I’m in my late 30s. But we ended up striking on our first attempt. Meanwhile, there are couples with much younger wives who can’t conceive. I think if you have fertility issues, then you’ll have those issues even when you’re young. It just gets more pressing when you’re older and ‘running out of time’. But if you have no fertility issues, then an older woman should have not problems conceiving.

They say the older woman younger guy relationship isn’t ideal because the guy will be much more immature. Guys mature later than girls, yes this is fact. But it’s not likely to affect any adult relationship because the age which guys mature is between 15 to 20 years old (compared to girls who mature at 10). Basically, if you’re dating a man child… he will forever be a man child even at 40.

One of the appeals of dating someone younger I suppose is that they come without baggage. So untrue. Yes the younger man is less likely to have children and an ex-wife type of baggage. But anyone who has been in a very bad relationship comes away with baggage. Sometimes the baggage comes in the form of a meddling or troublesome family. Other times baggage comes in the form of bad finances. Everyone has some form of baggage. He will have it, unless he’s like 12 haha.

#RelationshipGoals - Things to Do Together with Your Partner
Relationship21 Mar '19

In Gangnam, Beauty is in the Hands of her Plastic Surgeons
AESTHETICS HUB16 Apr '13