Your Boyfriend & His Existing Exes

How do you accept your boyfriend being close with his ex-girlfriend and meets her every couple of week for coffee? Do you still feel lousy even if your man tells you about what they talk about? Got a feeling in you gut that something is not right and this worry keeps you awake at night?

The below are my opinions but I will give the other gender a chance to speak up. Let’s hear from an impartial male’s point of view. Today I have Andy, who is my best friend’s husband.

Your Ex Vs. Your New Boyfriend

Holly: This is easy. Why? Because you can be in control. If you bump into your ex while you are with your new boyfriend, do not dive under a table trying to bolt out of his view. If he spots you, just introduce the new boyfriend to your ex as if it were the simplest task in the world. You should also show some sign of affection towards your new boyfriend, such as holding his hand (nothing over the top!).

If roles were reversed, you should absolutely expect the same from him. I once had a boyfriend suddenly drop my hand and walk further apart from me when he saw his ex on the street. That was very very poor etiquette, inexcusable!

Dealing with His Ex

Have you met this ex of his? Does he invite you along when he has these coffee sessions with her? (By the way, I have to admit that every couple of weeks is suspiciously frequent)

I suggest asking to join one of these coffee chats. And when you meet her, be gracious and civil. Watch how she reacts around your boyfriend. If she keeps touching your man’s arm while talking to him, he should have enough sense to draw away from her as a sign of respect for you. If he doesn’t do so (men are stupid sometimes), do not create a big fight there. Remember, he’s going home with you. Not her. So let it slide for now and raise your concern about it in calmly, in private after she has left.

If you get angry and start screaming at him over this, he will look upon you like you’re a crazy bitch and the Ex will glow in comparison! Do not let her have a walkover!

A lot of men enjoy being in the middle of two women. In some deprived way, they find it flattering and in their mind, it increases their worth. You have to deal with this in a scheming way.

Go out of your way to be nice to his ex. (Keep your enemies close!) If you become her friend too, then he won’t have a good excuse to leave you out if she wants to meet him. Then every now and then, when he’s not around (like when he goes to queue up for coffee), you chip away at her confidence by smiling sweetly and saying something like, “You look different, did you put on some weight?” (always works better than a stun-gun).

I will probably get criticised for my childish behavior, but I can’t help it. I am vengeful and I always enjoy my evil plotting.

The point is, if she’s really just his friend, he should have no problem with you coming along. By hanging out with them, you can get a feel of what happens when they’re together. If after meeting her, you still feel uncomfortable with him being so close to her, then tell him. Don’t just let it eat away at you.

If you do get the sense that he is very unwilling to let go of his ex despite knowing how it is ruining your relationship with him, then you may want to cut your losses and leave. You can do better! 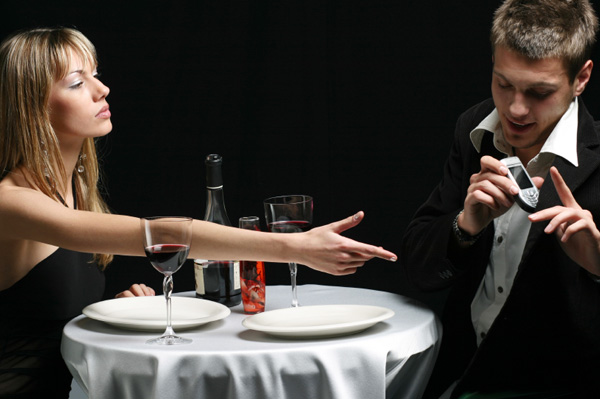 Andy: If you accepted they were friends from the beginning, why are you questioning it now?

If you see signs of your boyfriend and his ex still liking each other, such as he talks about her a lot, they SMS or call each other daily and he is very concerned about who she is dating, then he still has feelings for her. Nobody talks about another person so much unless they especially like them. If his ex calls him all the time, even if she knows you two are with each other, she probably still likes him too.

So in the end, if you suspect that they still have feelings for each other, you need to leave him. Sometimes, a guy takes his current relationship for granted, but when he almost loses it, he will come to his senses. But even if he doesn’t and still choses his friendship with his ex over his relationship with you, then you did the right move by leaving him.